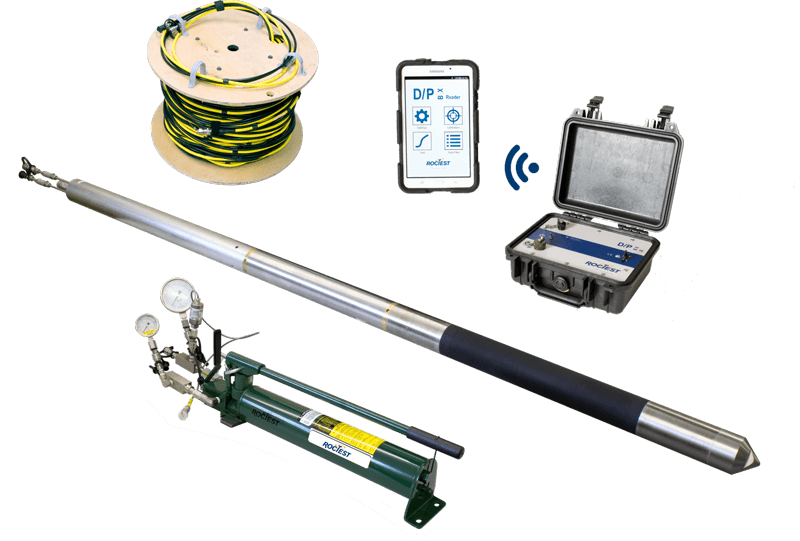 Model: PROBEX Borehole Dilatometer
Country of Origiin: Canada
Use: The PROBEXe rock pressuremeter or dilatometer is a radially expandable borehole probe used to determine in situ the deformability of rock mass and the creep properties of very soft rock.

The dilatometer test is a loading test run inside a borehole with a radially expandable cylindrical probe. It is used to determine in situ the deformability of rock mass and the creep properties of very soft rock. The PROBEXe determines the deformations by measuring the total volume change of the probe. This method is the same well-proven method used with the pressuremeter. It provides a mean modulus value of a large volume of rock, contrary to the use of callipered probes which can be affected by local heterogeneities. The volume changes of the probe are measured by monitoring the displacement of a piston. This configuration eliminates the parasitic expansion of the tubing and pumping system. The PROBEXe is a versatile equipment that posses characteristics of a rock pressuremeter and of a flexible dilatometer.

assembly, to inflate and deflate the membrane

The leads are threaded inside a B-size casing or NQ rods that are used to lower the probe to test depth. The tests are stress controlled. Increments of pressure are applied in stages using the hand pump. The probe compressibility and inertia are previously determined by running  calibrations. The hybrid nature of the PROBEXe allows to use it according to testing sequences and interpretation methods associated to pressuremeters or flexible dilatometers. However, the results obtained in very hard rock with this equipment should be used with precautions. The method used to reduce the data is the same one used for pressuremeter data. It is based on Lame’s equations and yields a mean modulus of deformation for the rock mass tested. A tool (ProbexCompanion) developed by Roctest can be used for determining this modulus. 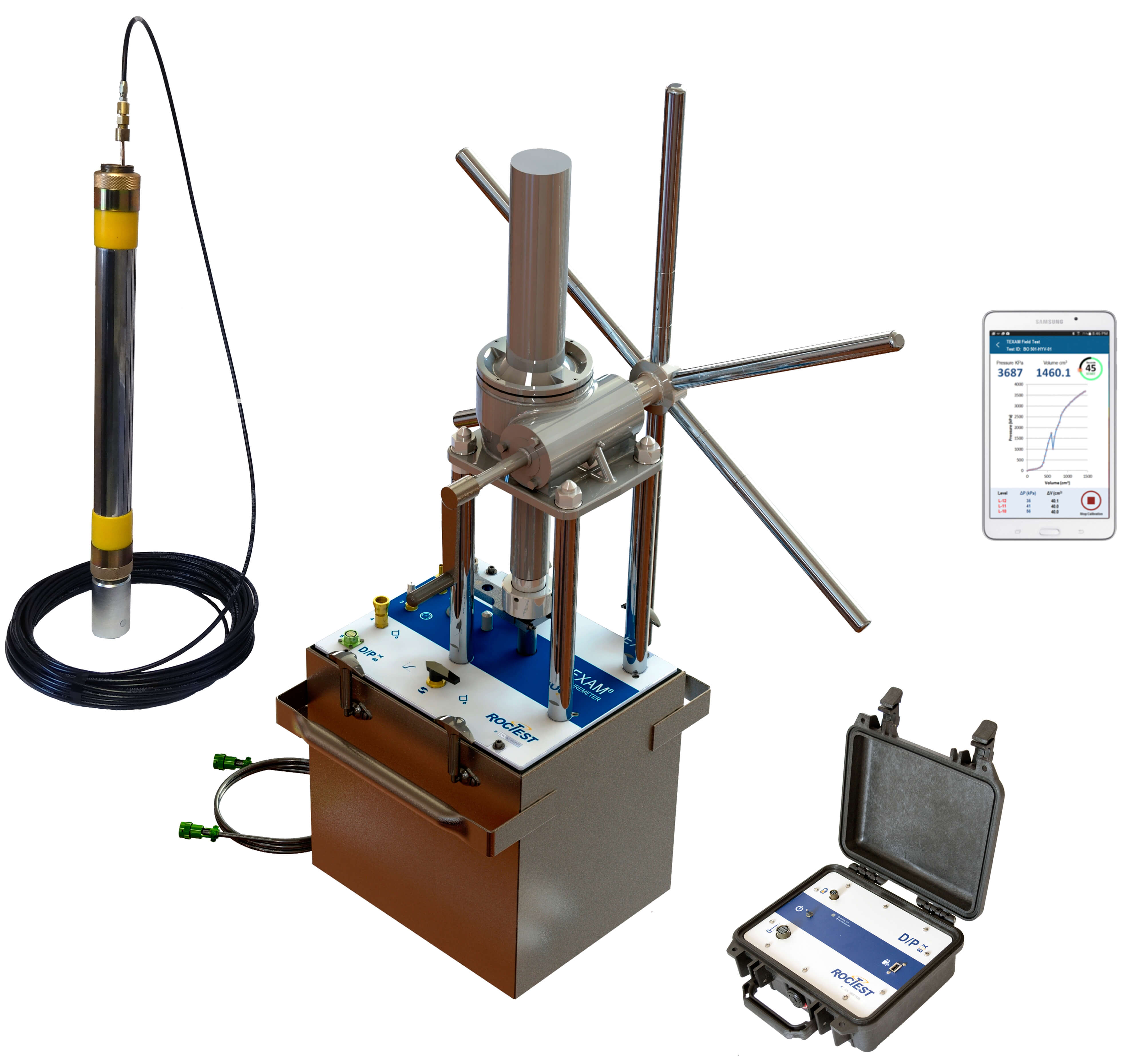 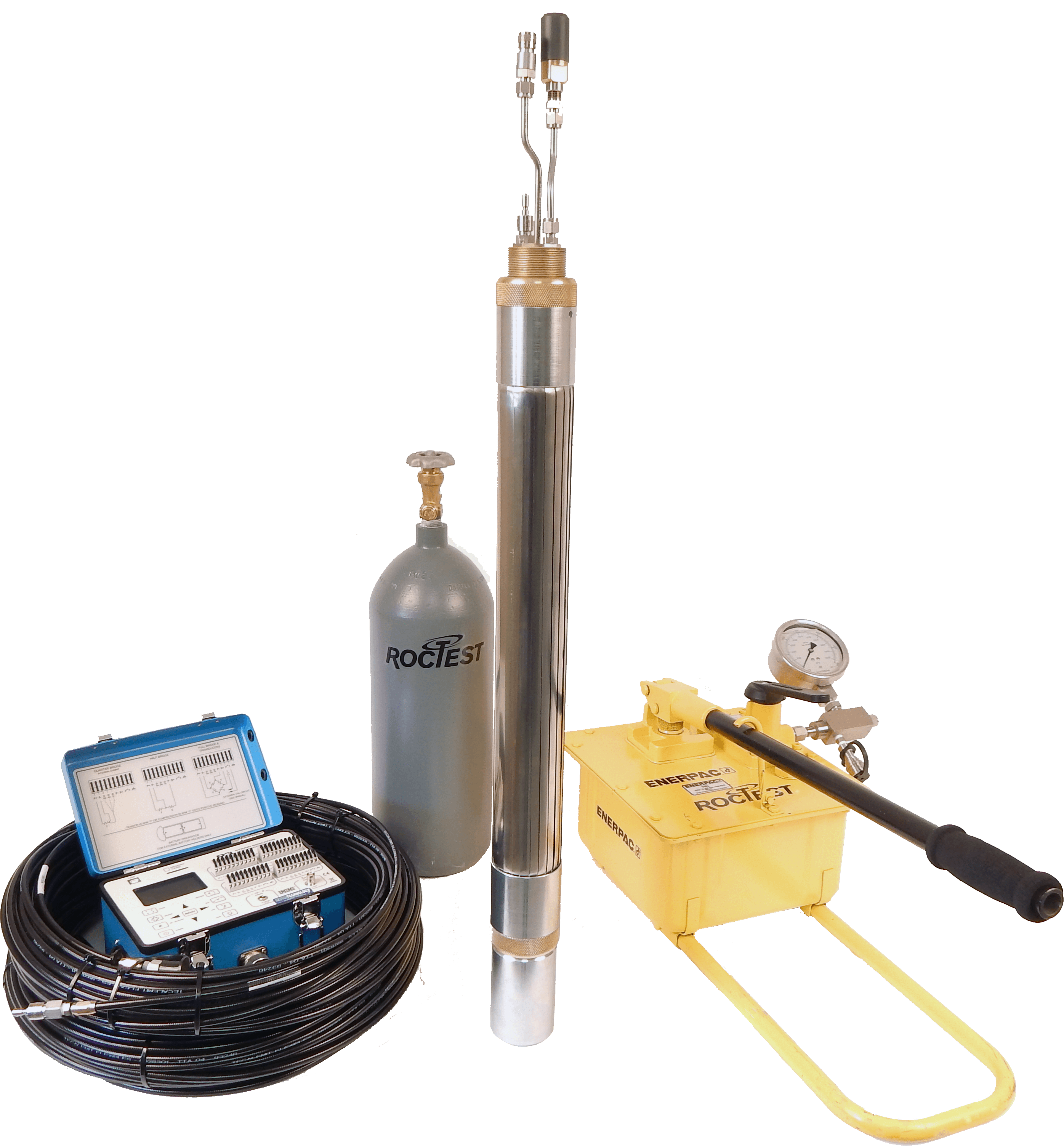 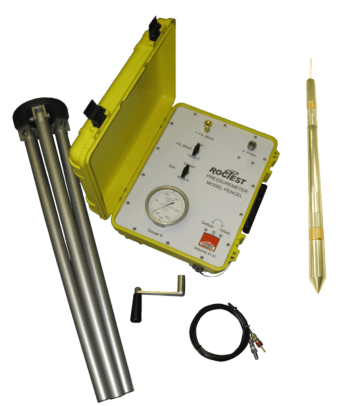 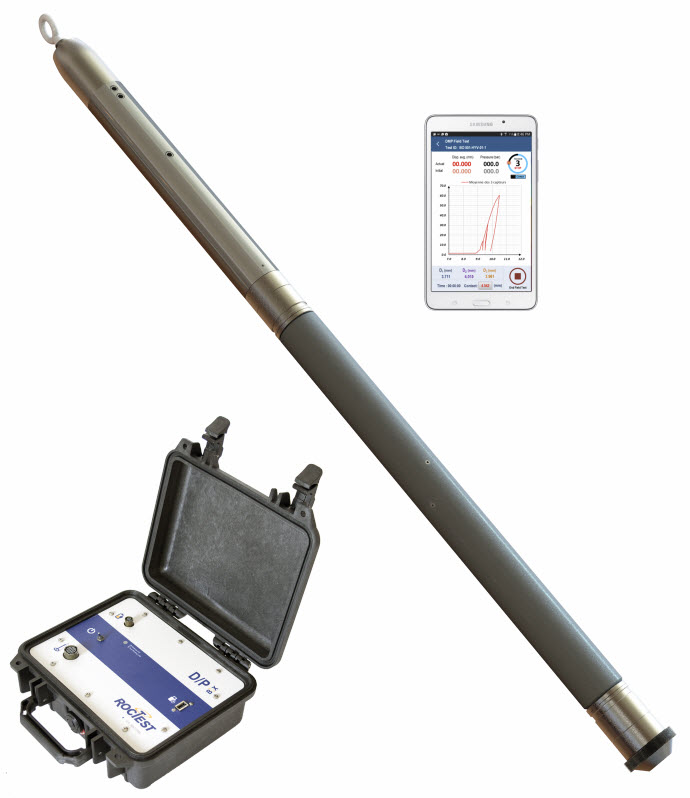 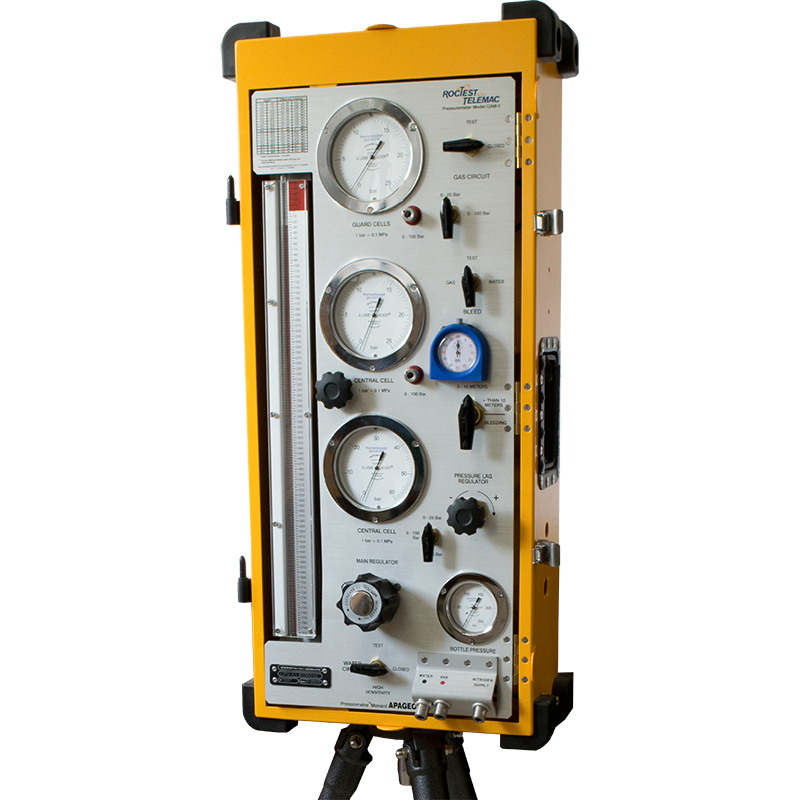