Are you aware of the new version of the ＂Technical code for testing of building foundation piles＂ and the knowledge of the pressure test?
Release time:2019-07-03
Industry standards of Ministry of Housing and Urban-Rural Development

Announcement of "Technical code for testing of building foundation piles"

The “Technical code for testing of building foundation piles” (JGJ/T69-2019) is now approved as the industry standard, which will be implemented on 1 June 2019. The original "PY type pre-drilling side pressure test procedure" (JGJ69-90) was abolished at the same time.

This announcement indicates the updated and revised version of the PY pre-drilled side pressure test procedure, which has been used for nearly 30 years in China.

In the borehole, an in-situ test method deterges the relationship between soil pressure and deformation by applying radial pressure to the test section wall corresponding deformation of the soil.

2. What types of pressure test are there?

At present, method of placing the pressure probe in the soil can be divided into three types:


● Pre-boring Pressure Meter Test: The pre-forming hole is used to put the pressure reducer into the hole, and the ground soil will deform when applying radial pressure to the test hole wall to measure the soil. An in-situ test method for the relationship

between pressure and deformation;

An in-situ test method for measuring the relationship between pressure and deformation of various soil layers by applying radial pressure to the wall which causes the corresponding denaturation of the soil foundation;


● Press-in pressure test: no pre-drilling is required. The static pressure is used to press the probe into the soil layer then the probe is pressurized.


3. What is the scope of application of the pressure test?

Applicable to cohesive soil, silt, sand, residual soil and gravel soil. It can be used for extremely soft rock and soft rock when experienced.


4. What is the use of the data from the pressure test?

The data measured by the pressure test can be used to:


5. What are the related terms of the pressure test?

The pressure measuring chamber is placed at the test position. It is inflated to contact the wall of the hole and disturbs the soil to return to the earth pressure value corresponding to the original state.

The pressure value corresponding to the end point of the straight line segment of the test curve.

After the plastic pressure on the pressure test curve, the pressure value corresponding to the asymptote of the vertical pressure axis of the curve segment

The deformation parameters of the obtained foundation soil are calculated according to the pressure test and the slope of the straight line segment of volume or the unique curve.

When the rock mass is axially stressed in the elastic range, the ratio of transverse strain to axial strain 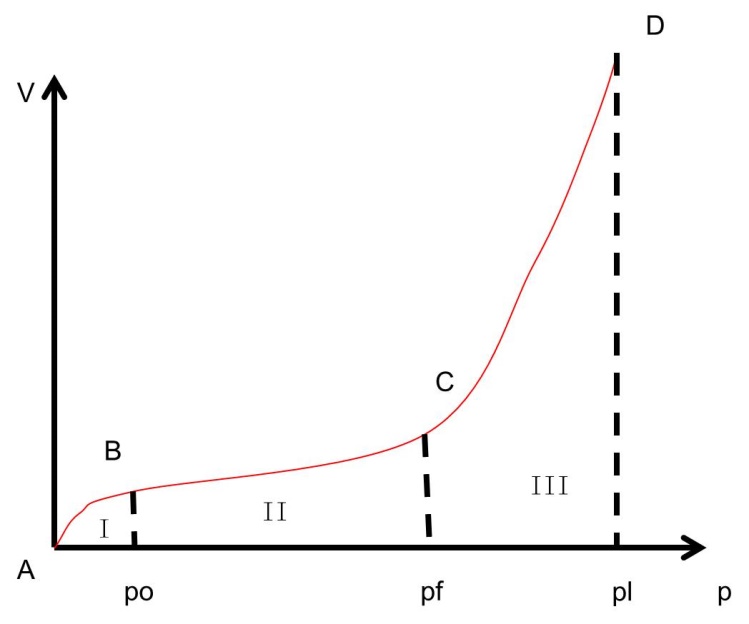 6. What are the instruments for the pressure test?

The most classic pre-drilling side pressure 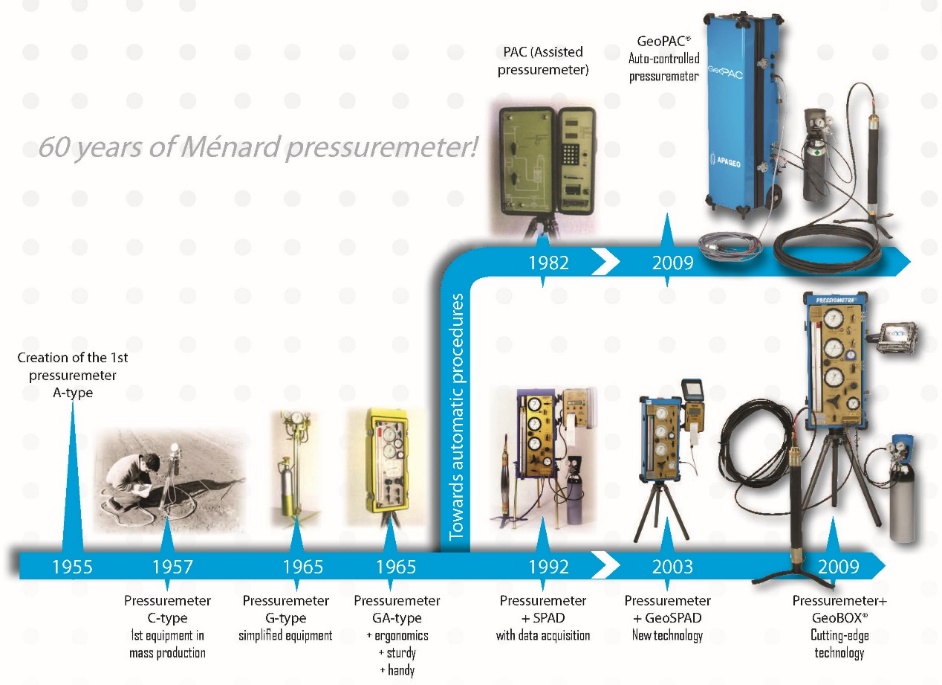 Features of the Mena Pressure Gauge

● Test data can be analyzed and processed using GeoVision software It is the first Mena pressure gauge in the market that is fully automated and performs all of the different test steps autonomously in accordance with the operator setup steps. For the operator, GeoPAC® makes the entire test process easier to control. It enhances the reliability of the test results and reduces the test preparation time. The original system provides two physically separate piping circulators necessary for the Mena pressure test: gas and water (original design, never seen on the market). Benefit from the technological level of the water circulation system, the control accuracy of the water volume of the system has reached an unparalleled level. The HyperPAC® high pressure automatic control pressure gauge is powered by GeoBOX®. HyperPAC® was developed for high pressure testing in rock and very hard formations. It is the first pressure gauge in the market that is fully automated and performs all of the different test steps autonomously in accordance with the operator setup steps. For the operator, HyperPAC® makes the entire test process easier to control, enhances the reliability of the test results and reduces test preparation time. 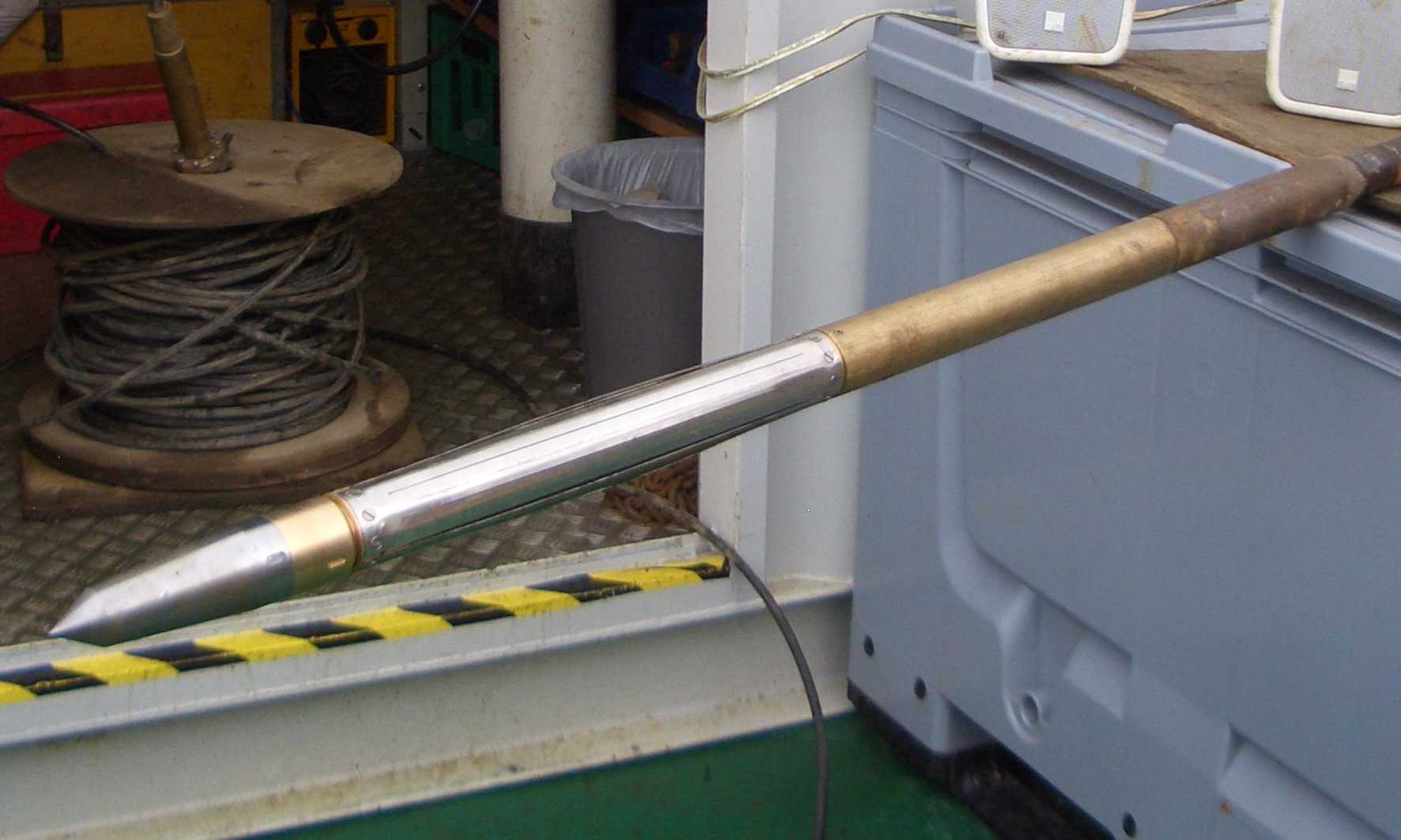 ● Displacement measurement: The cantilever spring of the 3 bridge strain measurement is on the same horizontal plane. The output is a function of the film radius.

● Strain range: Each displacement device has a range of variation, that is, 45% of the diameter of the outward expansion along the 49mm pupil, and the volume expansion is about 80%. 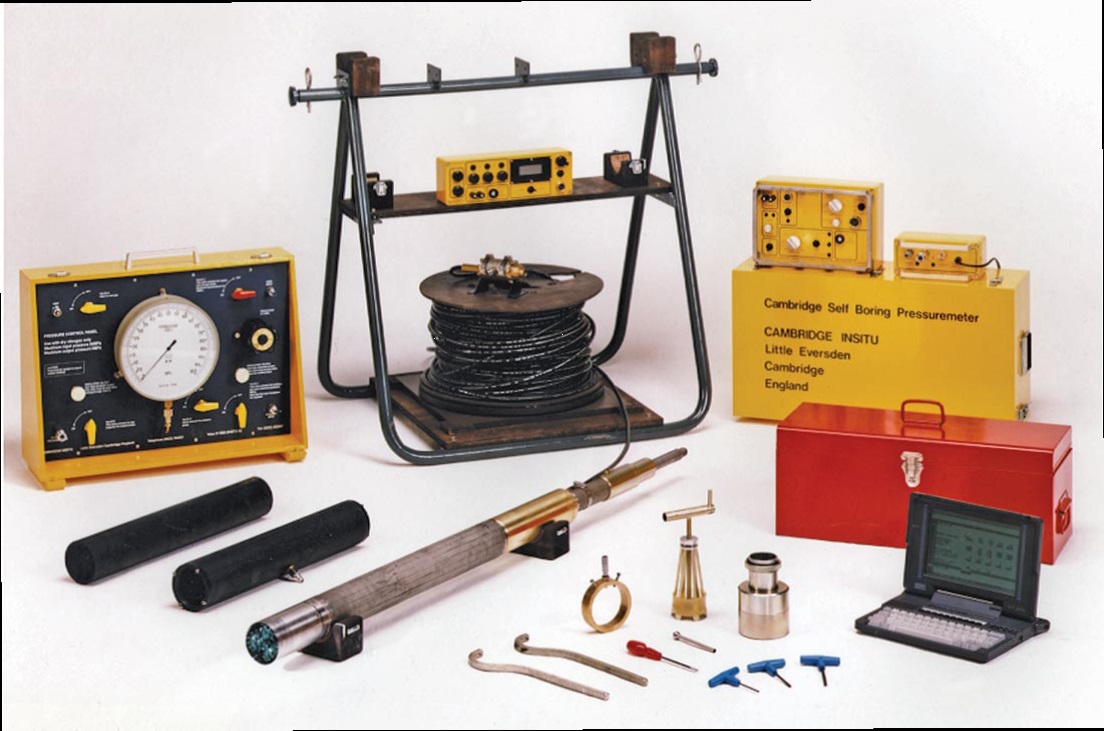 The probe of the self-drilling pressure gauge is a micro-boring machine. The drill provides power to drive the drill on the probe to rotate. After reaching the test depth, the probe is pressure-expanded to test the surrounding soil. Self-drilling pressure gauges use sensors to measure the pressure applied to the soil and the deformation of the soil with a very high precision. Moreover, the probe also has a pore water pressure sensor, which can measure the pore water pressure and obtain more parameters.

● Initial diameter: 83-89mm, depending on the configuration

● Length of abandoned soil: drill at least 1 meter before testing

● Displacement measurement system: three strain sensors are evenly distributed in the test hole for one week

● Maximum expansion: 15% larger than the instrument is at rest The TEXAM pressure gauge is a reliable and economical test facility for evaluating most geotechnical problems. It has modular design and manual pressurization. It is used to perform load tests of different depths on site according to conventional requirements. This test method was developed by Louis Menard has been well documented. It is used to interpret the test results and to analyze the following parameters:

● The friction of the anchor